Posted at 19:27h in Uncategorized by Androow 0 Comments
0 Likes 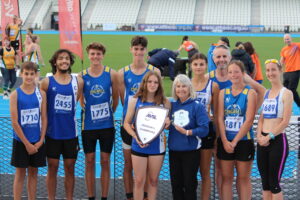 Athletics Chilwell is the champion club in Division 2 of Athletics Victoria’s AVSL competition, and will rejoin the premier Division 1 competition next season.

The club put in a dominant performance at the season-ending AVSL Playoffs at Lakeside Stadium, with a team of 25 athletes scoring nearly 17,000 points over the full-day event. Athletics Chilwell was set for a head-to-head battle with Bendigo club Eaglehawk for Division 2 supremacy, but the Eaglehawk club failed to attend the showdown, handing Chilwell the easiest of victories. 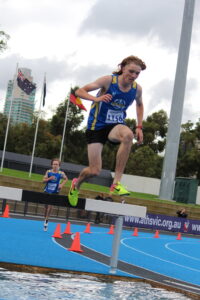 After being relegated from Division 1 in 2019-20, the inaugural season of AVSL multi-table competition, Athletics Chilwell sat atop the Division 2 ladder throughout the 2020-21 season, handing the club one of two guaranteed promotion slots back to Division 1 for next season. Athletics Chilwell will be joined in Division 1 by Eaglehawk (2nd) and Collingwood (3rd), the latter after winning a promotion-relegation battle with Western Athletics.

Congratulations to all Athletics Chilwell athletes who competed over the course of the AVSL 2020-21 season and scored points, and good luck to all athletes travelling to the National Track and Field Championships in Sydney (April 12-19).

Sorry, the comment form is closed at this time.